It was an evening of celebration for Westbury & United Banks Hockey club at their end of season dinner held once again at the County Ground on Friday 29 March.

It wasn’t just a celebration of the senior men’s league sides because the club has also fielded teams in the O40s and O50s England hockey championships. The U18s which was formed last season also have had a promising cup run in the England Hockey champs. Many of those players have progressed through the ever growing Westbury Academy which starts with the U8s. 170 players have played for a senior team this season as well as 155 with the Academy in a festival or tournament. 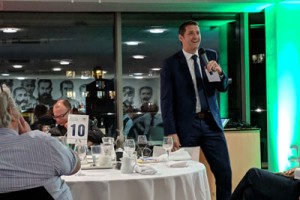 Guest speaker – triple Olympian goalkeeper – Simon Mason shared his experience of his playing career as well as observations on the development of the game. He also provided superb insight and reflections on some of the challenges sportsmen and women face. 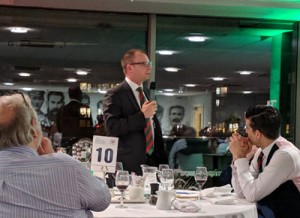 Commenting on the evening, club captain Jon Bower said ‘it has been a privilege to lead the club as captain this season. Our three promoted sides are a sign of the strength in this club as well as the commitment throughout the season but the depth comes from the growth of our Academy which supports the development of hockey from the U8s. Simon Mason brought his career to life with a fantastic speech and was able to share some of his experiences which easily resonate with some of the experiences our own players face.’

The Westbury Academy has experienced year on year growth with 250 members from U8 for boys and girls to U18 and is kindly sponsored by Astrasec.

Awards on the evening were presented as follows:

Will Machin and Hamish Wyper 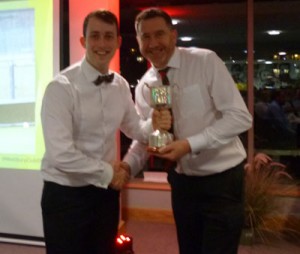 Young Player of the year 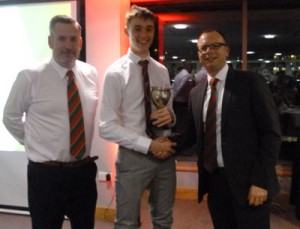 Clubman of the Year 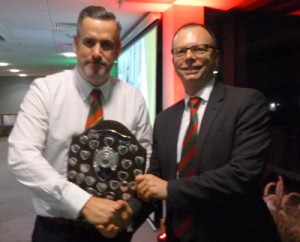 The junior Academy U8s-U14s trains on Sunday mornings and senior Academy trains on Wednesday evening. The juniors regularly enter festivals and tournaments organised by Avon Junior Hockey League and the U16s play in the Badger League.