At under 14 level we begin preparing our young players for the enjoyment of adult hockey for years to come, transitioning to full pitch 11-a-side hockey. Young players begin to understand the game and take responsibility for their roles within it, with opportunities for leadership and umpiring.

At this age group we split into separate boys and girls league structures, though we continue to take advantage wherever possible to mix the teams in our shared training sessions.

Westbury U14 boys have been running for some years now and have been very successful both in participation in junior leagues and at facilitating the path for boys into our senior teams.

To continue to offer opportunities to girls, equally valued participants in our mixed sex academy teams to under 12; Westbury HC has created a girls U14 set up, which will aim to support and smooth the transition of young female players into Westberries Ladies HC, our associated ladies hockey club. After only 1 season this set up is proud to be enacting this transition for a number of young players with links growing.

We participate in the Avon Junior Hockey Leagues as well as other local games. We use this exposure to the full game to continue our development mindset and create a growth environment where we are developing the skills and self awareness to play hockey in the right way, with the spirit and approach that Westbury HC and Westberries LHC play.

Bruce has a wide and varied hockey background having played in Germany, Holland and of course the UK. He has played West O50 & O55, and still currently plays for the UKAF (United Kingdom Armed Forces) and the royal Corps Of Signals

He has an extensive coaching background having coached for 25 years. He is also Level 2 coached National league level and West U21 men. 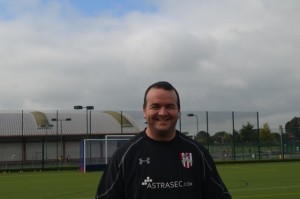 Martin has been associated with Westbury and UB Hockey Club for the past 9 years, playing as a goalkeeper at various levels and as a coach. Over these years Martin has been an integral part of our youth development programme.

A level 1 qualified (soon to be level 2) coach, in addition to taking responsibility for our U14 girls, Martin coaches at our sister Club Westberries Ladies HC and at the England Hockey County Player Pathway initiative representing Avon.