In the first half of the season the 3s struggled quite a bit, we won a couple of games.

In the second half, we suffered again from availability and generally tired in games. A few close games were lost in the last 10 minutes. Targeted winnable games slipped away and we ended the season on a string of losses. We will need to address these issues going forward in to the next season.

Some positives to take, we had plenty of youth players come through and onwards to the 2s and we could see improvements in their games when they came back. 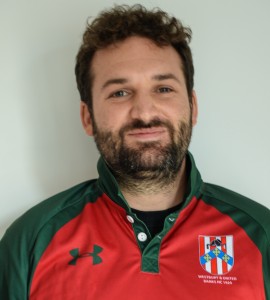 The key goal for this season will be promotion after relegation last year. Key to this will be a solid core squad who we can build the team around. This will require a firm commitment from players to be available each week and to attend training on a regular basis. Not only to improve our fitness, but also to learn the tactics and formation we have adopted going forward with the new coach. This formation standardised through all teams will mean when new players come up or down through each side they will already know how we will play and what is expected of them.

This will hopefully create a strong environment in which to attract more players and help the youth develop as they progress through the club, preparing them for higher level hockey in the 2s and 1s. Making the club stronger overall.

After all this, hopefully this will also lead to fun, enjoyable [winning] hockey.